This white paper is about the Wild Wild West of the 21st Century where computers and the Internet are the means by which crime occurs on a regular basis. The constant morphing of the protocols of cyber criminals using the latest technology to steal money, data and to extort even baffles some information technology specialists. It seems as though anything goes. This has become a national concern. In 2014, The New York Times devoted more than 700 articles to data breaches compared to fewer than 125 in 2013.i In fact, October is the designated U.S. Department of Homeland Securities National Cyber Security Awareness Month.ii According to some experts, computer fraud through the unauthorized access of data or funds is going to advance into one of the largest exposures facing businesses and could be the tool for the next national terrorist attack or other disaster.iii These risks are concerning. The potential casualties are company bank accounts, profits, computer systems, data and business reputation. The purpose of this paper is to present some statistics and real-life exposures to illustrate what can happen to small, medium and large businesses and to provide information on insurance coverages available to address these exposures. To put it in its proper perspective, check out the following website to see real time computer hackers at work in attempting to penetrate computer networks throughout the United States: map.norsecorp.com.

One thing we have learned in the study of these exposures and the insurers offering such policies is that there is a wide-array of differences between the types of coverages being offered.

We have titled this paper Running with Scissors because this is exactly what we find many companies, especially the smaller ones, doing when faced with cyber risks. Many executives believe that their companies are immune to such exposures if they do not handle credit cards or medical information and that the risks are limited to the multi-national corporations. We say this because this is what we frequently hear from our clients and other companies we work with.

An increasing number of Directors & Officers liability insurers are excluding anything related to to cyber liability. To make matters worse, such policies often exclude wrongful acts in securing or failing to secure insurance coverage.

Those companies not only avoid buying cyber coverage, they often overlook updating systems such as firewalls and implementing other safeguards to avoid computer-related losses. Our research suggests that this is just as if the executive is running with scissors.

We find that many small to medium sized companies have not sought out the purchase of cyber coverage in any form although they are some of the most frequently targeted companies. However, even if they do, it is not that simple. There are more and more insurers offering these coverages either via separate cyber policies or, less effectively, as an add-on or throw-in to business owner’s basic general liability policies.

On average, the FBI receives over 20,000 complaints of cyber crime every month.

One thing we have learned in the study of these exposures and the insurers offering such coverages is that there is a wide-array of differences between the types of coverages being offered. This is perhaps more so than certain other types of property and casualty insurance policies. This analysis was a revelation and certainly this complexity is going to continue to develop as the exposures warranting the coverage change.

We have found that at the time of a cyber claim, many insurers look carefully at the applications submitted by the insured to ascertain whether the procedures represented were actually implemented and if they were not, some carriers are denying coverage and seeking to rescind policies. Cyber insurance applications can be daunting and the chance for error in representations on these forms seems to be easier than one might think.

Cyber exposures are far from static. Aside from having a qualified IT Department and an outside consulting firm, organizations would be well advised to utilize insurers and agents who know the policy differences and can properly advise them.

What’s in the WILD?

On average, the FBI receives over 20,000 complaints of cyber crime every month. In 2014 the total losses reported totaled $800,492,073. Although Michigan did not make the list, two states in the Midwest were among the top ten states affected by cyber crimes in 2014. Business e-mail compromise scams resulted in reported losses of $226 million dollars in 2014.iv

Check out the following website to see real-time computer hackers at work in attempting to penetrate computer systems throughout the United States [map.norsecorp.com].

In its 2105 Data Breach Investigations Report, Verizon, along with 70 other organizations from around the world, determined that a whopping 60% of cyber incidents were caused by system administrator oversights.v Making matters worse, many cyber incidents take days or weeks to discover.

In 2014, the evolution of attacks against Point of Sale (POS) continued, with large organizations suffering breaches alongside the small retailers and restaurants.vi The extent of the complexity of computer systems and firewalls appear to be no match for sophisticated cyber criminals.

In its annual study, Verizon determined that 60% of cyber incidents were caused by system administrator oversights

One expert recounts an example of a hacker placing a thumb drive with a one hundred dollar bill rubber banded around it on the sidewalk outside the headquarters of a major company at 8:00 am on a business day. The hacker was counting on someone to pick it up and insert the thumb drive into a corporate computer along with the unintended malware which it contained.

In another recent claim we were consulted on, a hacker intercepted an email and changed the wire transfer instructions on a client Adobe document, making off with over $200,000.

Social engineering claims are becoming more and more common as cyber incidents.vii These claims refer to psychological manipulation of people into performing actions or divulging confidential information. It is one of the steps in a more complex fraud scheme.viii Some insurers are now offering coverage to address this exposure

One expert recounts an example of a hacker placing a thumb drive with a one hundred dollar bill rubber banded around it on the sidewalk outside the headquarters of a major company at 8:00 a.m. on a business day.

Most have heard of the cyber breach at Target Corporation where the information of hundreds of thousands of customers was obtained by hackers. Many do not know that this was actually a breach into the systems of one of Target’s vendors through which the computer hackers were able to get around Target’s firewall.

Service providers are also at risk. According to Legal Tech News, law firms have significant exposures for cyber claims given the sensitive and confidential information that they maintain. A single breach could destroy the reputation of a law firm.ix

CYBER-EXTORTION: Sometimes it’s not just about the money

The recent scandal involving the Canadian-based website Ashley Madison has garnered international attention for the breach of 39 million membership files and is now the subject of multi-million dollar lawsuits in Canada and the United States.x There, the hackers initially were not using cyber-extortion to steal money. Instead, their threats were a means to shut down the site as punishment for collecting a fee without actually deleting user’s data.

CYBER EXTORTION CLAIMS ARE MORE COMMON THAN MANY BUSINESSES THINK. THEY GENERALLY INVOLVE:

Interestingly, some of the cyber policies we reviewed may not have covered the Ashley Madison incident under the cyber extortion coverage part because funds or property were not demanded. It is likely that this company incurred considerable fees and expenses of consultants in attempting to find the extorters and otherwise managing the extortion. However, the breach itself would likely have been covered.

We see many small to medium-sized business executives roll their eyes when presented with the exposures associated with cyber attacks. Yet a gigantic 31% of all cyber attacks in 2014 involved companies with 250 or fewer employees..

We see many small to medium sized business executives roll their eyes when presented with the exposures associated with cyber attacks. They may not know what they could be facing. According to a recent article in Plante Moran’s Engage Magazine,xi Cyber Security Partner Raj Patel, states that companies with 250 or fewer employees accounted for a gigantic 31% of all cyber attacks in 2014. This means cyber exposures apply to you. 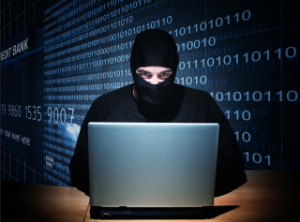 IT’S NOT JUST THE BIG GUYS THAT ARE BEING TARGETED

In some cases, buying the right insurance coverage may seem as complicated as the schemes it is designed to address.

Going bare on cyber exposures is risky but even if you are going to buy coverage, you better have an insurance expert

Failing to follow policies and procedures you referenced in the application could come back to haunt you at the time of a claim. Insurers are denying coverage on this basis.

Cyber insurance policies are not all created equally. As more and more insurers enter this market, understanding the available options among policy forms becomes a challenge.

Many executives do not know that acts or omissions they make relative to cyber risks are not likely covered by D & O policies. First, many D & O policies exclude any claims arising out of inadequate insurance. Secondly, most D & O carriers are adding total cyber exclusions to such policies.

The process of securing coverage, or at least a quote, starts with completing a required application for insurance. These applications for this kind of insurance pose big concerns. Failing to follow policies and procedures you referenced on the application could come back to haunt you at the time of a claim. In reallife, insurers are denying coverage on this basis. See “Insurance Applications Pose Risks,” EnterpriseTech. xiii 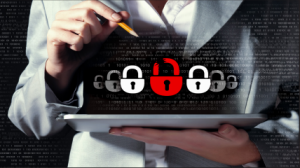 Some of the basic required protocols built into many of these policies are:

If the procedures stated in the application are not followed, cyber insurers may look to deny coverage

We recently did a comparison of certain key coverages among a number insurers writing cyber policies and the result was eye-opening to say the least. We find that most businesses are simply not properly covered for computer fraud or cyber exposures. Even if they do secure coverage, we run across many issues including:

Is the Board of Directors asking for a cyber exposure report it can understand? There is now software available which will pinpoint sensitive information on employee computers. This type of information is invaluable in negotiating favorable cyber policy terms and conditions.

Appendix A
I CAN BUY INSURANCE FOR THAT?
CHECKLIST OF CYBER COVERAGES TO CONSIDER